When I was in my early 20's I was diagnosed with Graves Disease or Hyperthyroidism. This diagnoses took three different doctors to figure out why my energy was so low and why I was gaining weight even though I ate like a bird. I was so uncomfortable with myself and probably wasn't thinking very well either. Thankfully, while getting a pap smear a nurse recognized my problem and sent me to an Internal Medical Doctor. I was given three options to get healthy. 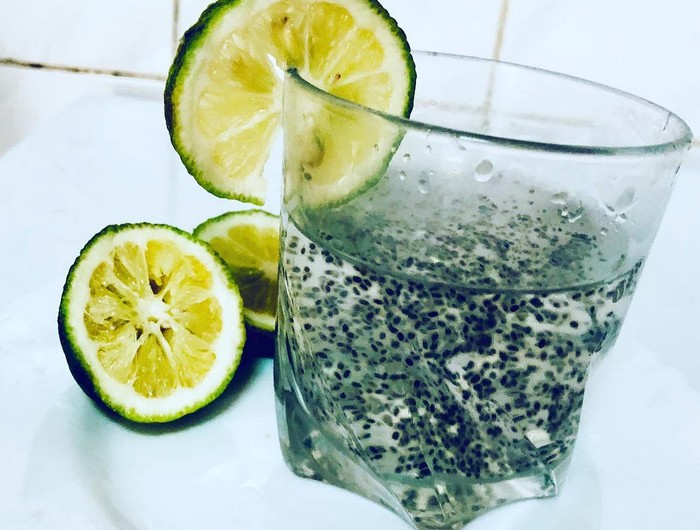 I chose the little white pill and managed to get well through sheer will. However, Two years passed before I totally felt myself again and was told because of the type of condition I had, there was a 50/50 chance I would relive this disease. Then and there, I started learning about a more natural way to stay healthy.

I believe stress was a major player on why I contracted this disease in the first place. I was in an abusive marriage and working for a very toxic company. But, I did heal or so I thought. Throughout the years, I have had lots of PMS. Nothing too severe but I never did have regular menstrual cycles and I believe it had to do with the condition of my thyroid. I started a regime of vitamins, bodywork, (massage, Jin Shin Jyutsu- form of acupressure) soaking in hot springs, etc. All this helped tremendously.

However, about 3 years ago, my upper lip started swelling and I wasn't even injecting Botox! My poor lip did not feel good at all. Fortunately, I found Chia Seeds through Mike Adam's newsletter on natural news and ordered a package. Within a few weeks, my top lip normalized and I was able to apply lipstick again without my lip burning. But, other benefits emerged from taking this tiny seed that I never would have imagined. My complexion cleared, my energy levels stabilized and my appetite leveled off.

Below, I describe even more benefits of this forgotten food. Perhaps, it can help you also on your path to wellness.

Chia seeds contain more than 60% Omega-3 fatty acids and have the highest percentage of Omega-3 of any commercially available source, according to Dr. Wayne Coats, perhaps the world's foremost educator on Chia seeds.

Remember Chia pets? This is the same material, only you won't be growing a plant. I only ask you to soak the seeds in water and watch them swell. The seeds are tasteless and odorless and therefore won't go rancid, are easy to store, easy to use, and are not contaminated with pesticides, chemicals or heavy metals. Add one tablespoon chia into an eight-ounce glass of water or juice, let sit about five minutes, stir, and drink. Chia turns into a gel, which can be added to jams, jellies, peanut butter, milkshakes, nut spreads, smoothies, hot or cold cereals, yogurt, mustard, catsup, tartar sauce, barbecue sauces or anything else you can think of.

This is an ancient food source recently rediscovered that was known for its endurance. "Chia" is the Mayan word for strength. Chia seeds had been a staple for the American Native people for centuries (long before the Chia Pet hit the market). The Aztecs considered it to be extremely valuable for healing - from cleaning the eyes to helping heal wounds, topically, to relieving joint pain and so on. Aztec warriors would eat chia during hunting trips, and the Indians of the Southwest would eat only chia seed mixed with water as they ran from the Colorado River to the Pacific Ocean to trade products.

Chia also contains boron which aids in the metabolism of calcium, magnesium, manganese, and phosphorus for bones and muscle growth. Since our nation's soil is so boron depleted, we simply are not getting enough of this mineral in our daily diets. Boron also can increase the levels of natural estrogen.

Chia seeds gel-forming property is a dieter's dream because the seeds slows digestion and sustains balanced blood sugar levels, which can be helpful in preventing or controlling Diabetes. Water-soaked chia seeds are easily digested which results in rapid transport of chia nutrients to the tissues for use by the cells.

For the dieter, this means feeling full with no more peaks and valleys in blood sugar levels. Because the Chia seed produces a thick mucilage in water, it absorbs up to 30 times its weight in water. This means that once its in the body, debris from the intestinal walls flakes off to be eliminated efficiently and regularly. A daily dose of chia seed provides an excellent fiber source and most people notice a different in less than a week. 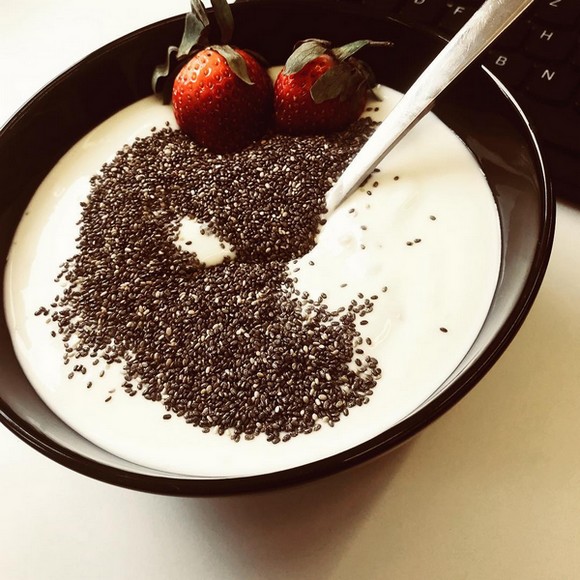 
One woman reportedly manages her Acid Reflux with chia because of the highly absorbent properties. She swallows a Tsp of dry seeds with just a little water. Then drinks a glass of water a few minutes later, so the seeds can do their job of absorbing the acid in her stomach. It is necessary to drink enough water after taking the chia because if there isn't enough liquid in your stomach, the seed will draw from the tissues instead. By allowing the seeds to first absorb the acid and drinking more water, this woman is able to very simply, effectively and cheaply handle her condition.

I've been incorporating at least two tablespoons of chia seed into my diet everyday. The gray in my hair has diminished and the original color is resurfacing, I no longer have numbness in my fingers when I wake up in the middle of the night, my fingernails are noticeably harder and aren't chipping or breaking any longer, the swelling of my top lip is no longer an issue and I am not experiencing any hot flash symptoms. Need I say more?


Chia is a valuable nutrient for your pets too! This tiny black seed isn't just for people; dogs, cats and even horses will benefit by the elements found in this seed. I can attest to that. My 11 year tabby cat has had an intestinal problem since she was young, but since I have been adding 1/4 teaspoon mixed into her food, she no longer vomits after every meal. Which is nice to not have to clean up.

Isn't it time to introduce Chia seeds into your diet for a healthier you? Your local health food store may carry Chia Seeds however, I found them less expensive online.

And one more note about Chia Pets. Even though Chia seeds are too sticky for conventional sprouting jars, they do sprout very easily when spread out on earthenware. The Mexicans have long made earthenware in the shapes of Chia Pets, and yes, you can eat the sprouts that grow on the Chia Pet. They taste like watercress (but better), and are full of vitamins and minerals, just like the seeds.