It's 10 o'clock at night and you're dying for a chocolate or something high in calories, you know it's in the kitchen and you dream of it calling you. You feel like a fat piglet, because your instincts overcame your willpower to endure this type of situation, which unfortunately are repeated several times and deeply hate the anxiety that afflicts you since you're little.

We talked to a primary health care nutritionist, who will help you so that such episodes do not happen again. You just have to keep reading, so that you understand that it is more controllable than you think and even some foods are excellent for fighting anxiety. 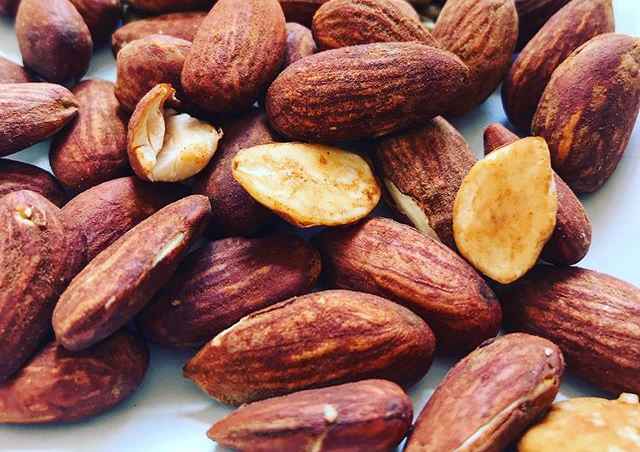 
You are right when you respond that it is a feeling or emotional state, which manifests itself as the response to mostly stressful situations. It can become pathological when it surpasses the adaptive capacity of the person, this means that it will produce that it is complex to develop as much in physical, psychological plane, as in your daily behavior.

Your brain is the one that produces this state, therefore it needs to nourish itself in a correct way, in order to carry out its work. You have to be careful with fasting, because the longest period is that of night rest, should not go beyond that. Therefore, it is transcendental that you do not skip any food and comply with the times of each of them, especially if we speak of the first instance to feed you. "Breakfast is one of the times when food should be more careful to avoid a drop in blood glucose and not have such symptoms," adds the nutritionist.

Everything is formed from serotonin, which is a neurotransmitter, which has several functions, including regulating the appetite through satiety. It is formed by the proportional concentration of tryptophan in the blood and brain, which is an amino acid found in various foods and helps synthesize the hormone that plays mainly in regulating sleep.

How can you treat pathological anxiety?


There are three ways to increase the concentration of the neurotransmitter that regulates appetite, serotonin, which would treat pathological anxiety: "Modifying thinking, either through psychotherapy or self-induction, since the interaction between the synthesis of serotonin and mood is a two-way relationship.

Physical exercise has an antidepressant effect, and some research has suggested that it may help increase the function of brain serotonin.

In the diet, foods rich in tryptophan may be linked to improved mood, cognition and possibly increased serotonin levels.


We decided to make together with our nutritionist a top 10 of the foods you should eat to avoid having anxiety, starting from the last place to the first, but being all good for our body, so read carefully:

10. Avocados. According to the Harvard Medical School (United States), foods like this one with a high B vitamin content make us feel better, since they stimulate the release of neurotransmitters like serotonin and dopamine.

9. Spinach. In an experiment with mice, scientists discovered that diets low in magnesium increased anxiety-related behaviors. Hence the importance of including in our diet products such as spinach or chard, which are green leafy vegetables.

8. Salmon. Research conducted in 2011 indicated that omega-3 fatty acids are good for fighting anxiety, so foods such as wild Alaskan salmon, sardines or anchovies help calm our nerves and have a potential against depression.

7. Asparagus. This is one of the products highly tested to combat anxiety. Such is its power that the Chinese government decided to approve the use of an extract of asparagus in food and beverages.

6. Antioxidants. Different studies indicate that having high levels of anxiety is related to low levels of antioxidants. This situation can be reversed by taking foods rich in the latter, a property present in beans, fruits (apples, plums, and cherries), berries (blackberries, strawberries, blueberries, and raspberries), nuts, vegetables (artichokes, kale, spinach, beets, and broccoli), and species such as turmeric or ginger.

5. Almonds. They are one of the nuts that help combat anxiety to be rich in vitamin B2 and E, also serving to strengthen the immune system in times of stress.

4. Oats. It is formed by a compound called serotonin, which induces the calm of an organism.

3. Turkey. Being nervous about large meals is normal, but we can calm it down if we cut a piece of turkey. This meat contains tryptophan, an amino acid responsible for relieving fatigue and relaxing.

2. Sauerkraut. Among the best foods to combat anxiety are those rich in probiotics such as sauerkraut, pickles or kefir, according to research published in the journal Psychiatry Research.

1. Oysters. According to the Harvard Medical School (United States), foods such as oysters help reduce anxiety by being high in zinc. Cashew nuts, liver, beef or egg yolks are also valid.