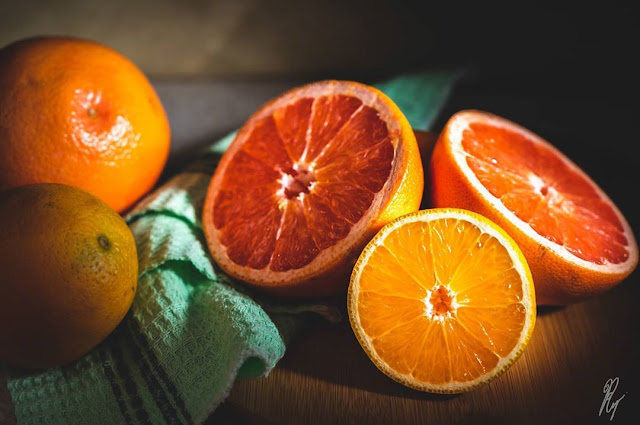 There are both foods that increase the absorption of iron and foods that inhibit its assimilation. Did you know that only a small amount of iron in the diet is actually assimilated? If you have iron deficiency and you are looking to increase its absorption, you are in the right place.

In addition, we remind you that sufficient consumption and proper use of this mineral by our body is essential for a healthy and active life.


What is iron and how much to consume?


Iron is a mineral that intervenes in the formation of hemoglobin, the proteins of muscles and bones and the transport of oxygen to tissues. A lack of iron can cause iron deficiency anaemia, the symptoms of which are: tiredness, palpitations, lack of concentration and paleness of the skin.

Cracks in the lips, headaches, dizziness and weakness in the hair and nails also sometimes appear. The amount of iron that a person should consume will depend on the sex and the physiological stage in which he is.

Generally speaking, women in the fertile stage should consume about 18 mg of iron a day, as well as pregnant women and nursing mothers.

For women over 50 and adult men, the recommendations drop to 10 mg of iron per day.

Types of iron in foods: heme and non-heme iron


Minerals are found naturally in foods that have not been handled. Iron is more easily absorbed from food of animal origin in its form associated with the heme group, in meat and fish where its absorption is 15-25%.

On the other hand, its non-heme form, which is the form coming from vegetable foods such as vegetables, seeds and nuts, is absorbed at a rate of 4-8%. The only non-heme iron food that has an absorption rate of 50% is breast milk.

How to increase iron absorption from foods


Good iron absorption will depend on diet. In this way, some foods improve the body's ability to absorb iron. Among them the following:


Vitamin C is good for anemia. When consumed together with foods rich in non-hemo iron, it causes the absorption of iron to increase greatly, between two and three times more.

This is because the action of citric acid reduces iron from its ferric form to its ferrous form which is much easier to absorb. Therefore, by improving iron absorption, we can say that vitamin C is useful in preventing iron deficiency anemia.

Vitamin C has been shown to increase iron absorption. One study showed that taking 100 mg of vitamin C with a meal increased iron absorption by 67%. We found them in:

2. Foods with vitamin A and beta-carotene


Vitamin A plays a key role in maintaining healthy vision, bone growth and the immune system. Beta-carotene is a pigment found in plants and fruits that can be transformed into vitamin A by the body. Good sources of beta-carotene are:


A study of 100 people fed cereals found that the presence of vitamin A increased iron absorption by up to 200% with rice, 80% with wheat, and 140% with corn. However, the addition of beta-carotene increased it by more than 300% when ingesting rice and by 180% in the case of wheat and maize.


Meat, fish and poultry not only provide iron, but can also stimulate the absorption of non-heme iron. Science indicates that the addition of meat, chicken or fish to a cereal-based meal absorbed 2 to 3 times as much non-heme iron.

On these facts, science estimated that 1 gram of meat, fish or poultry provides a potentiating effect similar to that of 1 mg of vitamin C.


B vitamins are also a good way to get the body to absorb more iron. Along with them, folic acid is a great ally, which is why it is highly recommended during pregnancy.

These substances can be found in foods such as whole grains and many varieties of fruits and vegetables. It is a nutrient that should not be missing in our diet, and not only because it is a good iron fixer, but to help us maintain tissues in perfect condition.

Finally, for a correct absorption of iron we must know how to combine them with foods that enhance their effects through a balanced and varied diet.
nutrition wellness
Next Post Previous Post
foods,health,iron,nutrition,wellness